It wouldn’t be much of a stretch to say that Formula 1 is the most popular motorsport in the world. While motorsports aren’t necessarily big with bookmakers, F1 betting remains the go-to option for those who enjoy betting on motorsports. Still, there are a lot of differences compared to traditional wagering options such as football and horse racing, and we've noticed a lot of people don't know where to start with when it comes to F1 bets – which is why we wrote this F1 betting guide.

One of Betting Fellow’s main concerns is providing reliable tips and predictions, and F1 betting tips are regularly featured. Still, if you’re not familiar with the basics of F1 betting, they won't do you much good. This article will cover everything, from the basics of how F1 bets work, to different markets and specific Formula 1 betting strategies. Whether you’re an old hand at sports wagering looking for a new sport to hunt for value or an avid F1 fan looking to spice up the experience, you’ll find plenty of useful information here.

What is Formula One Betting?

Before going any further, it is important to understand what F1 truly is – how the races work, how the annual World Championships work, and what opportunities for betting the whole system provides. Still, we’ll go into this assuming you’ve at least seen some races and have a basic understanding of what Formula 1 is.

A Formula 1 season is centred around a series of races dubbed the Grand Prix. These take place in various countries across the globe: some on purpose-built F1 circuits, others on adapted public roads. Either way, a track must conform to the highest standards set by the Fédération Internationale de l'Automobile, or the FIA. These Grand Prix are the cornerstone of F1 wagering, but there aren’t that many of them. Organising and F1 race is an enormous effort, so don’t expect to be able to place F1 bets every day all year round.

There have been many different Grand Prix since the inception of F1 in 1950, but a lot of them are inactive. These are the active Grand Prix races at the time of the writing of this article, listed alphabetically:

In a typical season, these will be the races you’re betting on. Bear in mind that this list may change over time: some events are already planning a return in the near future, while others may get cancelled. Still, you can see that there is a very limited supply. The list may be extended by expanding your interests to Formula 2, 3, and E. While this guide is made strictly for Formula 1 betting, a lot of the information applies to these as well, even though we won't spend much time referring to them.

A single Grand Prix event spans one weekend. Fridays and Saturdays are reserved for practice runs, so there won’t be much betting action here. After the last practice session, drivers compete for the starting position. These are the qualifiers, and that’s when you should start paying attention as a bettor.

Qualifiers these days are divided into 3 periods. Drivers complete time trial laps and the slowest times are knocked out of the qualifying competition.

The highest 10 positions in a race are awarded points towards the seasonal championships. The points are given in the following order: 25 points for 1st place, 18 points for 2nd, followed by 15, 12, 10, 8, 6, 4, 2, and 1 point for the 10th-placed driver. Moreover, a single point is awarded to the driver who made the fastest lap time during the race. Keep in mind, though, that this additional point is only awarded if the driver finished in one of the top 10 places.

Now, drivers aren’t the only ones competing in F1 – they are divided into teams. Because of the enormous cost of running a successful F1 team, these usually bear either the names of the manufacturers – such as Scuderia Ferrari or McLaren – or large sponsors which can support such an expensive endeavour. Every team must run two cars in any Grand Prix event, and teams can have up to 4 drivers.

During the course of F1’s history, 33 different drivers have won the World Drivers’ Championship. The current record holder is the legendary Michael Schumacher with nine championship titles, followed by Lewis Hamilton with six.

How to Bet on Formula One

The first thing you’ll need is a good online sportsbook. This shouldn’t be too much of a problem, seeing how most top online bookmakers these days include motorsports as part of their standard offer. F1 is by far the most popular motorsport, so you won’t have much trouble finding it, even though it might be hidden under an umbrella “motorsport” category.

Furthermore, the bookies are all bound to cover all Grand Prix races, so coverage won’t be an issue either. Still, there might be differences in the number of available markets as well as the odds on said markets, so you need to carefully weigh your options to get the most out of Formula 1 betting. There is a list of recommended betting sites for F1 betting near the end of this article if you’re looking for a new bookie.

We’ve already discussed the limited availability of F1 sporting events. This should greatly impact the way you consider and place F1 bets. Rushing in and wagering without proper information or deliberation is always a recipe for disaster – only this time you won’t get the chance to immediately try again. Sometimes, a single Formula One wager can take days of research, comparison, or watching how the practice runs and qualifiers are going.

Our intention isn’t to stress you out unnecessarily. But betting, like everything in life, takes practice to get good at, and F1 betting does not leave a lot of room for mistakes. Just be careful, think about what you’re doing, and check back with us for the latest F1 betting predictions, and you will be fine.

Now, on to the bets themselves. Generally speaking, Formula 1 bets are divided into outright bets and regular markets

At the end of each season, the Wolrd Formula One Champion is named based on the points accumulated throughout the year’s Grand Prix races. A driver wins this prestigious award as soon as it becomes impossible for another driver to gain more points than the champion already has. Officially, though, the title is given at the end of the season.

Outright F1 bets can be hard to get right unless a single driver is completely dominating the circuit like Schumacher was during his hay-day. They are also called F1 Features bets. Generally, you'll want to place them before the start of the season to get the best odds – some bookmakers even close this option after the first Grand Prix. Still, some punters attempt to boost their profits by placing Features during a driver’s lowest point.

The markets available for Formula 1 bets are somewhat different to what you might be used to from other sports. Let’s go through some of the more common ones:

Is Formula One Betting Legal?

For whatever reason, this appears to be a very common question. Formula and motorsports in general are not traditionally associated with wagering, so a lot of people wonder if it even happens legally.

Now that we’ve covered how to make F1 bets, wan start discussing how to win them as well. Beginners might be satisfied just relying on Betting Fellow’s F1 betting tips, but you’ll want to know how to reliably make your own predictions eventually. To that end, here’s some advice.

If you’ve ever seen more than a single race, you’ll know that not all F1 circuits are the same. In fact, they can be wildly different in length, structure, and the skills required to win a race on that particular track. Some have winding curves and tight bends, others are full of high-speed straights, and so on.

It stands to reason, then, that not all drives are equally successful on all tracks. Don’t get us wrong, a hard favourite for the entire season tends to do reasonably well on almost any track. Still, this is very important to consider when considering statistics and strategies. Essentially, a driver’s most important stat is the history on the current circuit, as opposed to the overall history. Of course, you also have to take into account how the current season is treating said driver – but you get the picture.

On a broader picture, think of it this way: a driver is more than a statistic. For instance, some drivers fare better in adverse weather conditions such as rain than others. Some drivers are also better at taking advantage of a starting pole position. Either way, you'll want to understand the full set of a driver's strengths and weaknesses. Thankfully, there aren't too many individual drivers in Formula One – especially compared to team-based sports such as football or basketball.

Besides player skills, it is also important to remember that Formula One is made up of teams, not drivers. While it is true that star drivers are the main asset of an F1 team, the bottom line is that a driver with a coordinated, supportive team has an advantage over one who doesn’t, no matter how their driving ability compares.

A good team will use towing or drafting to mitigate air resistance, offer up track information, and generally do everything in their power to place the team as high as possible, instead of just looking at individual results.

At the end of the day, Formula One racing is not just about driver skills. It is also a showcase of the latest automotive technologies. As such, never underestimate how important a solid car is, and how important tyre-related tactics are. For instance, the last few years are being dominated by the Red Bull team off the back of their exceptional Honda-powered cars. There is a science to how F1 teams change tyres, and the ins and outs are far beyond the scope of this guide. Still, it is something to be considered: the weather and temperature conditions’ effects on tyres, a team’s weekend tyre strategy, etc. 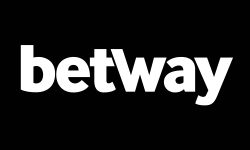 This massive betting company does not need too much introduction. In our experience, they offer some of the lowest bookmaker margins on Formula One bets, which result in some very lucrative returns. Besides that, the site features a comprehensive sports betting service which is counted among the best in the world. They also have a lot of alternative markets such as Top 6 finish, a host of prop bets, and everything else a site needs to stand out. Even though this Irish bookie’s marketing campaigns are all heavily focused on football betting, the quality of their motorsports markets cannot be denied. All in all, all Grand Prix races can boast upwards of 25 markets per event, which puts most of the competition to shame. Additionally, PaddyPower offers more than decent odds, live race coverage, and even virtual F1 races to give you something to do before the next Grand Prix. This is the world’s biggest betting exchange, which means it can offer unparalleled odds if you know what you’re doing. Of course, F1 isn’t exactly the most popular category, which means laying and backing offers can be trickier, but the overall quality of the sportsbook still stands. Betting on Driver Matchups against other players can also be a uniquely fun experience. All in all, Betfair is a great choice if you’re looking for something different than our other two top sportsbooks for Formula One.

bettingfellow uses cookies to improve your experience. By continuing to use this site you accept our terms & conditions. Learn more